Today it's Matthew, over the next few months and hopefully for the foreseeable future we would really like to share  our story with you. for the sake of accuracy and posterity.

I'm the Tenor kicking this thing off, even though there were stirrings of the Celtic Tenors before I came along. James might fill you in on that at some point in the future but I can speak from my own memory bank.  I also have many pre-mobile phone photographs and other bits and bobs of memorabilia from our earliest beginnings and I look forward to revisiting it myself, and indeed sharing with you.

I might as well start at the beginning,  I was born near Moynalty in County Meath on the 2nd of February 1971.   I grew up on a mixed farm, we had cattle, sheep and milking cows as well as Barley, Wheat, Beans, turnips, Kale as well as all the typical farm activities. I might come back to this at some point if anyone's interested, but for now I'll turn my gaze to college in Dublin in the 80s and 90s. I studied Engineering in UCD as well as singing, theory of music and choir at the then DIT College of Music.  I was a busy boy during those days, and pretty much the whole time I sang in lots of wonderful Productions like Handel's Messiah, Judas maccabeus, Mendelssohn's walpurgisnacht, Mozart Cosi Fan tutte as well as many Mozart and other Oratorios, mostly associated with the College of Music. I also competedin a good few competitions from the Feis Ceoil in Dublin, where I had some success to other singing competitions around the country. It would seem that perhaps I had a talent, but never for one second did I believe and it could be my future career.  I also found myself the operatic stage with lyric opera and Gilbert and Sullivan with the R&R Musical Society. Never fear though, I held my nerve, graduated in 1992 and got my first and only Engineering job in APV Baker in Peterborough in England. For the next 4 or 5 years I did very little singing and a huge amount of engineering, which I loved. During these four years, my main project culminated in my being based in Southern California for almost a year. It was during this time,that my colleague and friend Laz Temimi, really convinced me to take 6 months or a year out to sing. I forgot to mention that no matter what I was doing or where I was doing it, even on the job, I was singing. Laz has a fantastic positivity and generosity, as well as a real life mantra of making your life a journey of discovery and always encouraged that almost childlike attitude of discovery, which made me take the leap. In 1997 I made the jump back to Dublin and joined the National Chamber Choir under the leadership of Colin Mawby, and that was that!! 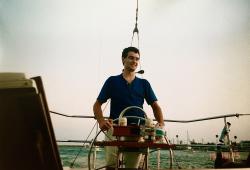 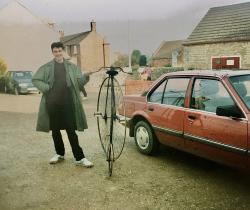 Add your comment below!
Please note that comments are reviewed by the administrator prior being visible.