The only tenor group with a truly global audience, The Celtic Tenors will give you a night to remember. Whether playing a neighbourhood cathedral or major concert halls in international cities like New York, Amsterdam or Shanghai, you are assured of a professional, sparkling and most of all, good humoured performance. They genuinely love what they do and you’ll see that shine through in each rendition of beautiful Celtic songs, exhilarating classics, a capellas and popular contemporary songs..

The Celtic Tenors, you’ll get more than a performance by world-class artists. You’ll enjoy an evening to savour and a night with tenors who despite their incredible success don’t take themselves too seriously!

Matthew Gilsenan was born into a hard-working farming family in North Meath. Steeped in the local musical traditions and raised by parents who shared a great love for music, from the great composers to obscure Irish folk, Matthew along with all his siblings was born to sing.

His classical training started in the Sisters of Mercy convent in Kells, Co.Meath, aged 10, and progressed to some of the great Irish and Scottish teachers. Although he ventured into opera and classical singing, Matthew never lost his love for the music of his youth, in particular the vibrant contemporary Irish music which is his great source of inspiration.

Matthew's busy singing life ran in parallel with his engineering career, but his desire to sing was too strong. So in 1997, he decided to take a six month sabbatical from engineering and embarked on his singing career. So in the space of one year, Matthew’s live singing moved from his engineering firms rock band to Ireland’s National Chamber Choir to the operatic stage and onwards, together with James, founding The Celtic Tenors, in a sensational boardroom signing with EMI classics. Matthew has never looked back! 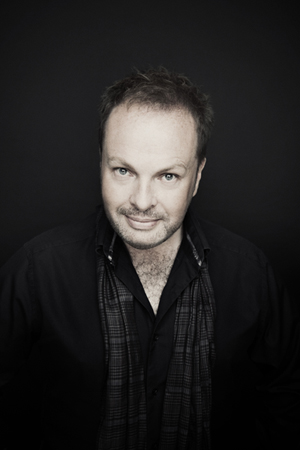 Highlights from an oratorio repertoire of over 60 works include Frank Martin’s “Golgotha” in Bern and Zürich Cathedrals, “L’Enfance du Christ” (Berlioz) alongside Katia Ricciarelli in Rome and Florence, as well as “Gerontius”, Verdi “Requiem”, Britten’s “St Nicolas”, Haydn’s “Creation”, the Bach Passions etc.

More than 50 roles in opera and operetta include Tichon (Katya) for Opera Theatre Company in Portugal, Josef (Wiener Blut) and Cecco (Il Mondo della Luna) also for OTC, Basilio (Figaro) for Scottish Opera under the baton of Raymond Leppard, Pinkerton (Butterfly) at Hever Castle in Kent, Snout/Wall (Midsummer Night’s Dream) for Singapore Lyric Opera, Cavaradossi (Tosca) and Calaf (Turandot) for Opera in the Open, Lensky (Onegin) in Russia, Alfredo (Traviata) at Como in Italy, and roles for Opera Ireland, Opera Liceu, New Israeli Opera, and the Wexford and Buxton Festivals.

For 13 years James wrote a column for the “Sligo Weekender” – “Nelson’s Column”. James is also part of an ongoing building project in Kenya, helping give AIDS orphans a second chance at life, building and upgrading their accommodation and education facilities, as well as teaching them music and performing in concerts with the kids. Check out www.kenyabuild.com . A debut charity CD is also available – “Cheryl’s Children – “On Top of the World”. 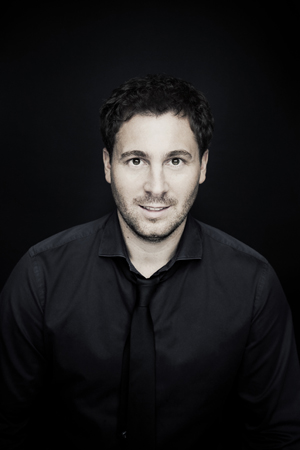 Daryl Simpson B.E.M., from Omagh, Northern Ireland, developed his love of music during schooling at Omagh Academy, which then led him to study at Queen’s University (Bmus), Royal Irish Academy of Music (DipMus), and Royal Scottish Academy of Music and Drama (PgDipMus, MMus and MOpera).

After leaving Scotland, Daryl became an inaugural ‘Young Associate Artist’ at Opera Theatre Company, performing in various operas, recitals and broadcasts. He was then accepted to the prestigious Oper Zurich Studio, where he went on to perform several roles including Tamino (Die Zauberflöte). His concert/oratorio performances include appearing with the Royal Scottish National Orchestra, the Ulster Orchestra, as well as the Zurich Kammer Orchestra.

In September 1998 in the aftermath of the Omagh tragedy, Daryl formed the Omagh Community Youth Choir, bringing young people together to promote Peace and Reconciliation through music. OCYC has had unprecedented international success including recording with Lord Lloyd-Webber and appearing on The Royal Variety Show. Their collaboration with, ‘Playing for Change’, scored a US Billboard No 10, headlined at Glastonbury Festival and a release of, ‘All you Need is Love,’ for Starbucks/Red.

Daryl also plies his skills as an MD, Arranger and Vocal teacher but takes most pride from mentoring and developing young talent for a career in music. Daryl was recognised with a BEM (British Empire Medal) for services to Community Relations and Peace and Reconciliation In Northern Ireland in the Queen's 2018 New Year Honours List.